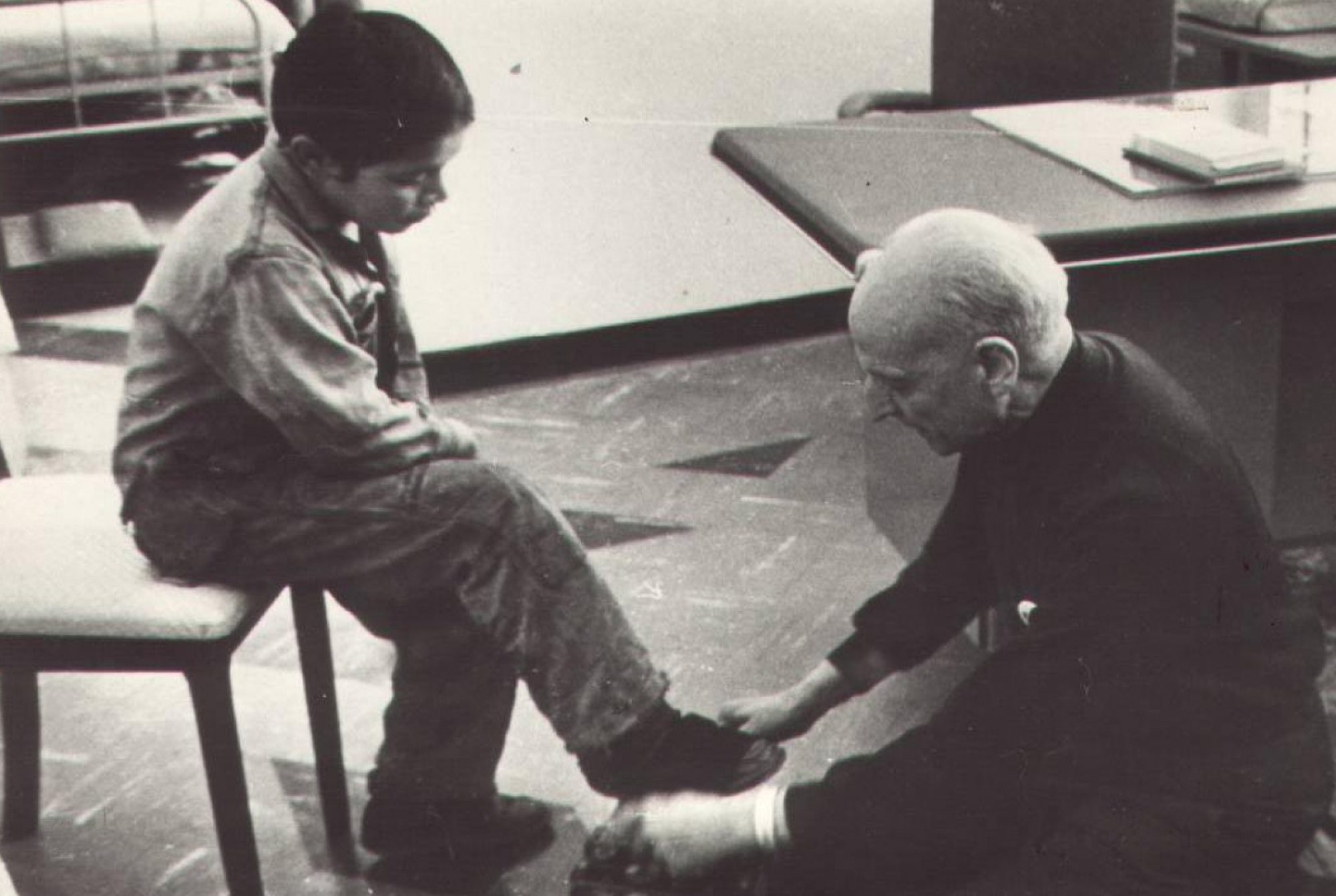 Serving refugees around the world since 1980

JRS was founded in November 1980 by Fr Pedro Arrupe SJ, the then Superior General of the Society of Jesus, to respond to the plight of Vietnamese refugees fleeing their war-ravaged homeland.

Following the end of the Vietnam War in 1975, hundreds of thousands of South Vietnamese fled their homes, setting out in overcrowded boats across the South China Sea. Many did not survive the journey; they were killed by pirates, or drowned because of storms and rough seas. Fr Arrupe felt compelled to act. He called on the Jesuits “to bring at least some relief to such a tragic situation”.

Fr Arrupe wrote to over 50 Jesuit provinces regarding the situation, recognising that the Jesuits, then numbering 27,000 men across the world, were well-placed to coordinate a global humanitarian response. As conflicts broke out in Central and Latin America, southeastern Europe, and across Africa, JRS rapidly grew from helping Vietnamese boat people in a few camps in Southeast Asia to working with refugees around the world.

Nearly 20 years after our founding, JRS was officially registered as a foundation of the Vatican City State on 19 March 2000.

Much has changed since Fr Pedro Arrupe SJ founded JRS, but our mission to accompany, serve, and advocate for refugees and displaced people remains the same: “Home is where we all begin, and what we want all people to find.”

The legacy of Fr Arrupe’s vision

This website uses cookies to improve your experience while you navigate through the website. Out of these, the cookies that are categorized as necessary are stored on your browser as they are essential for the working of basic functionalities of the website. We also use third-party cookies that help us analyze and understand how you use this website. These cookies will be stored in your browser only with your consent. You also have the option to opt-out of these cookies. But opting out of some of these cookies may affect your browsing experience.
Necessary Always Enabled
Necessary cookies are absolutely essential for the website to function properly. This category only includes cookies that ensures basic functionalities and security features of the website. These cookies do not store any personal information.
Non-necessary
Any cookies that may not be particularly necessary for the website to function and is used specifically to collect user personal data via analytics, ads, other embedded contents are termed as non-necessary cookies. It is mandatory to procure user consent prior to running these cookies on your website.
SAVE & ACCEPT